You Found Out You Can’t Have Children. Now What?

Many couples strive to form a family together and decide to become parents at one point or another. But sometimes, those family-building dreams are shaken by the harsh reality and the realization that they can not conceive naturally.

While infertility can be challenging to cope with, it’s important to realize that just because you found out you can’t have children doesn’t mean that your dream of becoming a parent has come to an end. In fact, there are plenty of infertility options that are available to couples nowadays. Read on for some of the most popular options that couples who are struggling to conceive should keep in mind.

One of the most popular family-building options for infertile couples involves relying on assisted reproductive technology or ART. The process involves working with a fertility counselor or reproductive endocrinologist in an aim to figure out the most suitable medical procedure. Couples looking into medically-assisted conception have several options available to them. These include:

The aforementioned medical procedures are usually the next step couples take after a failed fertility treatment cycle which involves using fertility drugs prescribed by their physician. The ART method that the couples select will depend on their own particular situation.

Working with an adoption agency

Another common way couples are dealing with infertility is by choosing to join the growing list of waiting adoptive families. This is especially the case in states such as Florida, although birth rates all across the U.S. have been declining for decades. In fact, according to the CDC report, the only two states with fertility rates above replacement level were South Dakota and Utah while Florida had the 13th lowest rate.

Couples who opt for baby adoption in Florida will first go through the process of applying after which they’re added to the waiting list. Once they’ve been chosen by the birth mother, the agency will arrange a meeting with the adoptive family that she’s picked.

After signing the final adoption paperwork, the child is placed with adoptive parents. If the state adoption regulations and requirements are met, the adoption is finalized with local court systems.

Sometimes, the reason why couples can not conceive naturally will be a medical one. There may also be cases where couples or a single individual are not able to carry out a pregnancy because they’re a same-sex male couple or a single male.

For such individuals, the step towards building the family they’ve always wanted could involve opting for surrogacy. This family-building option involves the creation of an embryo by the intended parents. The embryo is then transferred into the surrogate’s uterus after which she bears the child for the intended parents.

After choosing between traditional and gestational surrogacy, the intended parents then go through a screening process. The next step involves finding the surrogate, after which the legal process can begin. After signing the contracts, embryo transfer is completed, the legal process is finalized, and the intended parents are finally able to bring home their newborn baby.

Not being able to conceive after months and sometimes years of trying can be incredibly draining – physically, emotionally, and psychologically.

In some instances, instead of putting themselves through a complex and discouraging process once again, the couples choose to  live child-free. They decide that having their nephews, nieces, and even neighbors in their lives could be a great way to experience the joy of having children around them without having kids of their own.

Choosing to live child-free is a big decision that requires a lot of consideration from both sides. During these times, it’s important that couples seek support in each other as well as other people such as friends and family members. It can be a rather difficult decision to digest, but it can also be an opportunity to embrace your life and celebrate it for what it is.

The infertility journey can be quite a challenging one. That said, it’s important that couples remember that they’re not alone on their journey, and that there are a plethora of different steps they can take. Give yourself enough time to decide on the right infertility option for your own particular situation. After that, you can move on to building the life you want for yourselves.

Taylor Parker is an American based writer and blogger. She is very passionate about family, fashion, health and lifestyle. Taylor writes mostly lifestyle articles, but also you’ll find her in home improvement and other niches. 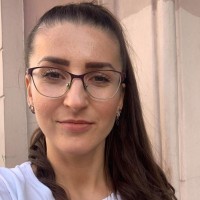 Tips for Adding More Fun to Your Family Vacation
January 20, 2022