I recently experienced a very unpleasant confrontation after I joined a mom group on Facebook. I had joined four or five different groups in hopes of finding some new rad moms to connect with. Cool, right? Well, I found one called Stay At Home Mamas and thought, “awesome, this is perfect.” HA! How wrong I was…

After being accepted into the group, I figured I would read some posts. Some were strictly mom questions, some were jokes and goofy posts, and some were kind of vulgar. But nothing that I saw made me think, “ew, what kind of group is this?” So I decided to post something as a way to kind of introduce myself.

“I just joined this group, and may I just say… I am not disappointed. Please continue.”

“Breast or bottle?” “Circumcision or nah?” “Alcohol or weed?” “What age did I transition to forward-facing car seats?” “When did I introduce solid foods?” Things like that. And, even though they weren’t exactly asking out of curiosity, I didn’t see any harm in answering the questions honestly. So I did.

Next thing I know, I’m being bombarded with insults from the same four or five girls. They bashed every single answer I had, saying things like “you’re a shit mom,” “a bare-f*cking-minimum mom,” “a dumb-ass twit.” A couple of them even went as far as going to my profile and taking screenshots of things that were visible to them (which really isn’t much), and somehow managed to come up with even more insults. Usually, I’m not one to let remarks like that bother me too much, especially when they’re coming from random people that don’t know a damn thing about me. But these “women” took things way too far.

I had gotten to a point where I was just ignoring them, then over 150 comments later, I saw a post that asked if I had a “cousband,” which means a cousin that is your husband… Yeah, I’d never heard that one. Then someone else said “he looks like a cousband.” And bad-mouthing my family is where I draw the line. As I was typing up a quick response in attempt to squash their nasty words, a new comment popped up from one of the same girls. It read, “She probably followed in her ho ass mama’s footsteps and kept it in the family. Incest is bad sweetheart.” I. Was. Furious. I do not tolerate random ass people slandering my family. I wrote one last comment, which was probably a bit vulgar, but I didn’t care. I’ll spare you the cringe-worthy text and move along.

After posting that comment, the other girls had about three minutes to see and respond to it before I deleted my post, left the group, and reported them. In the whopping two hours that I was a member of that group, I could CLEARLY see that they showed a complete disregard of Facebook’s community guidelines.

When I took to my own Facebook to talk about what had happened, I received nothing but support and shock from fellow moms and friends. Many of them mentioned that they had experienced similar bashing in other mom groups in the past. Ew, just… EW.

I don’t understand how we have formed a society that makes people think it’s okay to speak to others so disrespectfully. And for no good reason. I understand fierce debates, stubborn opinions, and the occasional online brawl. But this? My hands were shaking so bad that I could hardly hold my phone. Not only was I angry, but I was hurt. And like I said earlier, I’m not usually one to let things like this bother me… but this was, by far, the most disrespected I have ever felt. As women, moms or not, we are supposed to lift each other up and support each other. We are supposed to be a community, strong and independent. And respectful.

Why is it that respect has seemed to get lost in translation as time goes on? Why do people, men or women, think it’s acceptable to treat anyone with disrespect for no reason? I don’t think I will ever understand it, and I wouldn’t want to. Because what I, and many others, have experienced was just disgusting. I would never speak to anyone the way that I was spoken to tonight, even if there’s a reason. No reason, no situation is bad enough to say such foul things to another human being.

If you have ever experienced something like this, I want to apologize on behalf of the lousy scumbags that made you feel inadequate. God knows they won’t. And for my fellow moms around the world, if you are searching for a safe, friendly, and RESPECTFUL mom group on Facebook, please search for mine, called Hot Mess Mom Life. And may I just add that cyber bullying is such a real problem, and if I had the power of a thousand suns, I would end it. Today. Right now. And that is all. 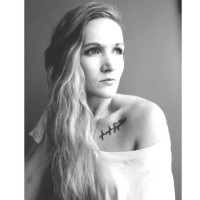